Sidewalk chalk isn't just for hopscotch.  Read on for more games and activities.

Who remembers hopscotch on the sidewalk?  Or playing marbles in a big chalk circle on the driveway?  Maybe that was before your time, but it’s the perfect time to entertain the kids with some good old sidewalk chalk games.  Don’t miss our recipe for DIY chalk at the end of the article!

We’re all familiar with the traditional X and O game.  Why not shake it up with your favorite symbols, icons, characters?  How about a Tic Tac Toe tournament?  Use a squirt gun or bottle to erase the board after each game.

Draw a large target like a dart board with one large circle, then a smaller circle inside, then another smaller circle, until you have 5 total circles.  Then label each circle with a number of points  (the further away and smaller the target, the more points).   Next, draw a line that the person who is “up” will stand behind.  Each person takes a turn tossing a stone at the target, trying to land on the highest number of points.  After 3 tosses each, whoever has the highest total points wins.

Using the same target as above but using small toy cars, race your car from the start line, and keep track of the highest points the same way.

You’ll need at least three players but can be played with many more.

The counter closes his eyes and counts to ten. While his eyes are closed, the other players skip around the court and choose a corner to stand in (more than one person can stand in one of the corners). With his eyes still closed after counting to ten, the counter calls out one of the four corner numbers. Whoever is standing on that number is out. The game continues until all players are out.  At the end of the game, change counters. 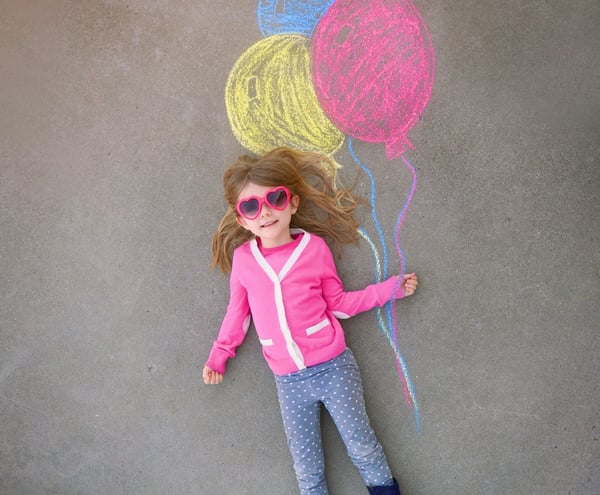 If you have budding artists in the family, have them decorate your driveway!  Or take the creativity up a notch and have them build themselves into the drawings.  (And Mom, this would be great Instagram content, if you’re into social media!)

Teach your kids to save with the First Bank My First Savings Account.  It only takes $1.00, and your child will start out with a First Bank piggy bank!

Are you ready to get a free checking account to help you get there?

A Twist on the S'More

Here are some ideas to rev up the traditional favorite!

What is a bucket list?  And why should I have one?